Wherever We Live Now 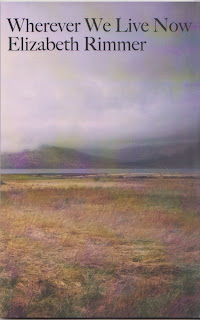 My first Collection Wherever We Live Now is published by Red Squirrel Press.

Copies cost £6.99 (+p&p) and can be obtained from the publisher or me by emailing burnedthumb@gmail.com.

I began to write poetry out of my reading of ballads and folk-tales, mythology and fantasy. I liked the intrinsic connection between word and music, the bare, stripped-down style, the brisk pace, and the patterns of repetition and refrain. Far from being transported into a new magical world, I discovered new attitudes and ways of connecting with the one I lived in. I understood that ballads were a way for people to preserve memories and insights that were being left behind by industrial and market-led culture, or to honour things that weren't valued in classrooms and employment. It was a very sensual experience, full of pictures and music and those things are still important to my work now.

At university I studied Old English and Old Norse, medieval literature and the metaphysical poets. I discovered forms and patterns, structures and the enormous riches of the English vocabulary. I also realised that poetry could be a way of making connections across many disciplines and modes of thought, and could give you a way of getting into the lived experience of intellectual ideas.

My brain seems to be wired for short bursts of intense attention, so the aesthetics of Imagism seem very sympathetic – precise word choice, compression, musical phrases rather than strict metre, and so on. I like economy and shapeliness in my poems, and I like them to read well aloud. I am very strongly influenced by the geo-poetics movement founded by Kenneth White, and by the Chinese Rivers-and-Mountains school.

I'm most interested in the processes of creativity, ways of living on the earth, the sense of home, and how we build it, the links between language, place and community, connections and traditions. I have a particular interest in Celtic mythology, and the connections between the Ireland of my heritage and Scotland where I live now. Wherever We Live Now takes its title from a poem Visiting the Dunbrody Famine Ship about my search for records of my Irish emigrant ancestors. You can see the Film Poem Alastair Cook made of this poem here. It sets the tone for poems exploring questions of heritage, identity and belonging, and about landscape, weather and the seasons,and includes poems about archaeology, and about how the way we see and relate to the natural world shapes how we see and feel about ourselves and the communities we live in. It also includes a sequence of poems Eurydice Rising in which she explores the many variations of the Orpheus myth, and uses them to question the very odd relationship between artist and muse, the value of art, and the role of the artist in society.

I live on the bank of the Forth and write about it a lot.

Rushlight
Perhaps at the damp end of a dour day,
when whey-thin clouds clot and curdle
against a washed out sky, and the puny wind
sharpens the rain in my face like teeth,
I might find the rim of a blue lochan
sleeping in the cold lap of the hills, where
water-lilies fold white stars in green cups,
and reeds wade knee-deep, and whisper.

Then if the clouds would open like eyes
and, in the sudden fall of sunlight, a curlew
cry, emptying the air, and the rippled
water blink between the reed-stems -
then I would look, and listen, and grow still.
Then I would know what I came for.

Lucháir is Irish for 'delight', related to the Scottish Gaelic luachair - the soft rush juncus effusus (literally, 'glory, splendour') - and the Welsh llwych, 'lightmaker, a spark'. The pith of this plant was soaked in tallow and used to make rushlights and so by association the word 'lúcháir' came also to mean 'the gleam of light on water' - a flash of beauty, a moment of enlightenment, and in Celtic tradition, a glimpse of the other-world.

Forthvalley scribe
Stirling, Scotland
An umbrella group We aim to encourage, support and promote creative writing in the Forth Valley area,

Wherever We Live Now 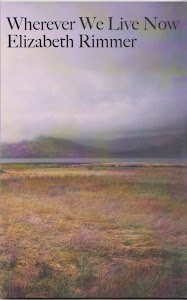 This is musical and often startling writing, geo-poetry at its best.
Mandy Haggith Northwords Now